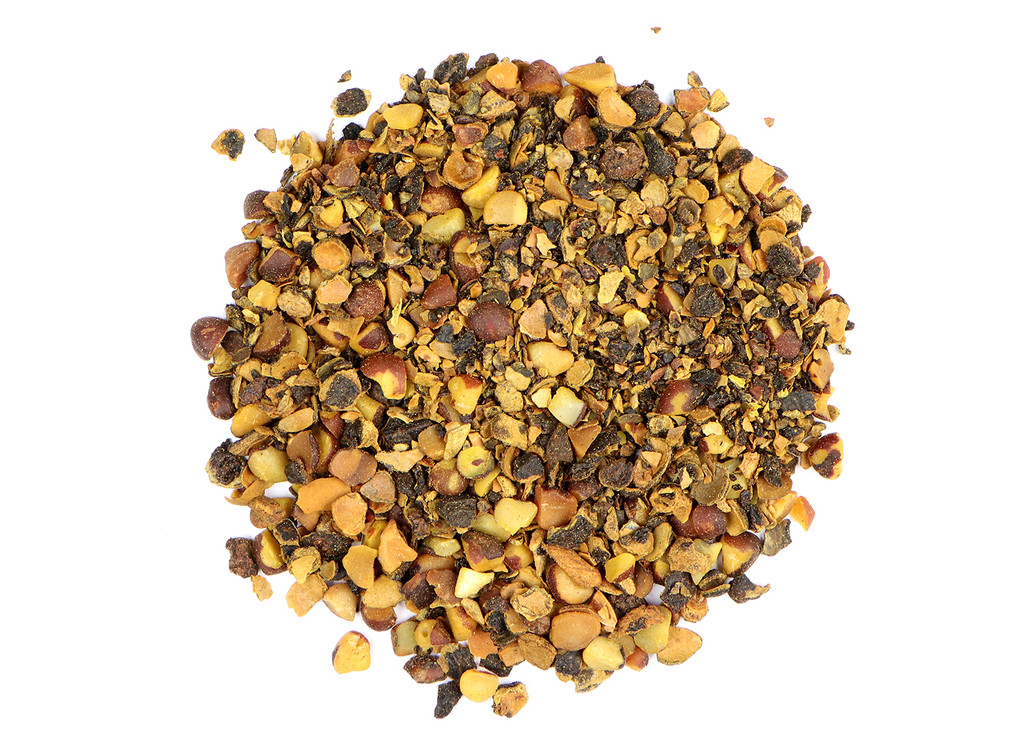 Serenoa repens is a small fan palm native to the southeastern United States. Also referred to as sabal, saw palmetto berries were once a food source for the Seminole people who also employed the dried reddish-black fruits for their wellness-supporting properties. The berries are considered energetically pungent, sweet, and warming. Saw palmetto berry is often used as a tonic to support the functioning of the male reproductive system and can be decocted or macerated as a liquid extract.

Saw Palmetto is a small species of palm, native to the Southeastern United States, specifically concentrated in Florida and a few surrounding regions. Because they usually grow prostrate, the plants generally reach between three and six feet in height, reaching up to fifteen feet on the rare occasions that they grow erect. Saw palmetto plants can live for many years, with the oldest plants in Florida estimated to be between 500 and 700 years old. Saw palmetto grows in sandy soil, producing fruits throughout the summer months and into October. The fruit is bluish-black when fully ripe. It has a distinctive sweet aroma, with a taste that is described as slightly soapy and acrid.

The saw palmetto berries were used as a food source and general tonic for Native Americans in Florida, and were eaten by early American settlers in order to stave off starvation. American botanist John Lloyd was one of the first to note the positive effects that the fruit had on grazing animals, concluding that it may assist humans as well. The herb fell out of favor in the 1950's as science could not account for the observed actions of the berries.

Saw palmetto also goes by sabal palm and is a member of the Arecaceae family.

Precautions
No known precautions. We recommend that you consult with a qualified healthcare practitioner before using herbal products, particularly if you are pregnant, nursing, or on any medications.

*This statement has not been evaluated by the Food and Drug Administration. This product is not intended to diagnose, treat, cure, or prevent any disease. For educational purposes only.